The members and friends of the European political party European Free Alliance (EFA) want to
express our deep concern about the unfair trial that is about to begin against the Catalan leaders and
Catalan political prisoners, who have already been on pretrial detention for over a year now. The trial
starts with the request of Spain’s prosecutors to demand a sum up of 214 years in prison to the
accused for having organized a referendum on self-determination on October 1 st 2017.
Catalans leaders have been charged with crimes of rebellion (that implies the use of violence), sedition
and misuse of public funds. Not only these accusations are false and made up to fit into a narrative that
justifies the above mentioned charges, but they have also been refuted by the Belgian, Scottish and
German Courts, when they refused to extradite to Spain the former Catalan President Puigdemont and
the Ministers in exile on the grounds of rebellion and sedition based on a total lack of violence of the
accused nor of those following their political stands.
In November 2018, Spain’s public prosecutor formally charged Oriol Junqueras, the former Catalan
vice-president, with rebellion and demanded a 25-year sentence for him. The former Catalan
government ministers Joaquim Forn, Jordi Turull, Josep Rull, Raül Romeva and Dolors Bassa all face
16-year sentences each. Jordi Cuixart and Jordi Sànchez, the President and the former leader of the
two main Catalan grassroots movements respectively, and Carme Forcadell, the former president in
the Catalan parliament, face 17 year imprisonment each as “promoters and leaders” of the rebellion.
And seven more people -former politicians and policemen- sentenced for minor offenses of 4 up to 11
years each in prison.
We, the members and friends of EFA believe that the prosecuted have not committed any crime. After
having tried it all to negotiate an agreement with the Spanish government, the Catalan leaders only
received negative answers and closed doors to any political solution to their democratic aspirations and
needs.
Following these constant disregards to their legitimate requests, the Catalan leaders decided to
implement and help carrying out what the Catalan people mandated them for: to hold a referendum on
the independence of Catalonia. We strongly believe that organising a vote on issues of crucial
importance for a population, like the independence of Catalonia, is a symbol of the value of democracy
rather than a crime.
The conflict between Catalonia and Spain is a political conflict and, as such, it needs a political solution rather than a judicial one. Unfortunately, the current Spanish government led by Pedro Sanchez,
likewise this of his predecessor, Mariano Rajoy, doesn’t seem to be willing to engage into a
constructive political dialogue with the Catalan government, where all democratic ways to exercise self-
determination could be taken into consideration.
The judicialization of this case will bring no solution to the conflict. On the contrary, it will deepen it and its consequences will last for decades. On top of that, the high political weight of this issue, the “record” of the judges’ previous sentences and their political stands and the proven lack of power division in Spain, makes that the guarantees for a fair trial of the prosecuted be put into serious question.

The European Union is corresponsible of this situation. It should intervene as soon as possible to
demand a political solution to the existing political conflict and act as a “watchdog” against further
violations of civil, political and human rights by the Spanish government in relation to the Catalan
conflict.
“The Catalan leaders are being punished for doing what they were elected for: negotiating a
consultation with Madrid and, if this proved impossible, carrying out a referendum”, says EFA
President Jordi Solé. “If anything should be underlined of the independence movement and the
referendum on October 1st, it is its strong pacifism. The only violence that truly occurred was that of the
Spanish police against those who peacefully went to vote. Many international observers were there on
that very day and saw the police violence with their own eyes”.
Solé continues stating that “a political conflict should never be resolved through judicial channels! The
right to self-determination - a right recognized by the UN - may not be explicitly recognized by a
constitution but exercising it peacefully and democratically can never be considered a criminal offense”.
“The trail that is about to start is not only against the Catalan political prisoners but also against the
millions of Catalans that voted in the referendum. It is going to be one of the most shameful political
trials that the EU has ever seen”, Solé concludes.

The European Free Alliance (EFA) is a European political party. It has 46 member parties and is represented by 12 elected Members at the European Parliament. Our core principle is the right for all peoples to decide – the right to self-determination, which is a fundamental principle recognized by international law. We represent the interests of European stateless nations and peoples, regions and minorities. 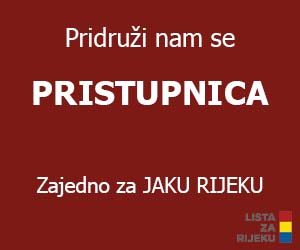 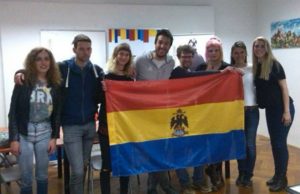 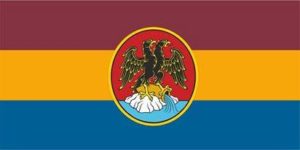